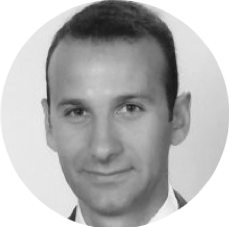 Since 2007, the Oxford-educated Economou has led Infinity Finance, which acts as the sub-advisor to two investment funds, ICON Fund and BlueQuant Fund.

BlueQuant, which is based in London, was called one of the "next generation of hedge funds" by Financial News and is a market-neutral fund that invests in a diversified portfolio of developed market equities, primarily focused on Western Europe. ICON is a Cayman Islands-based global macro fund that invests in equity bonds and structured products worldwide.

From 2005 to 2010, Economou was also managing director of Intelligent Communication Systems and Services S.A., the leading aviation concern in Greece, which he co-founded in 2002 (he was vice president of the company until 2005). He has been a member of the Young Presidents' Organization since 2005 and is chairman of its Greater Europe Chapter.

He graduated from Athens College with honors. He has both a master's and bachelor's degree in philosophy, politics and economics from Oxford, where he was honored with its Exhibition Award for Scholarship.