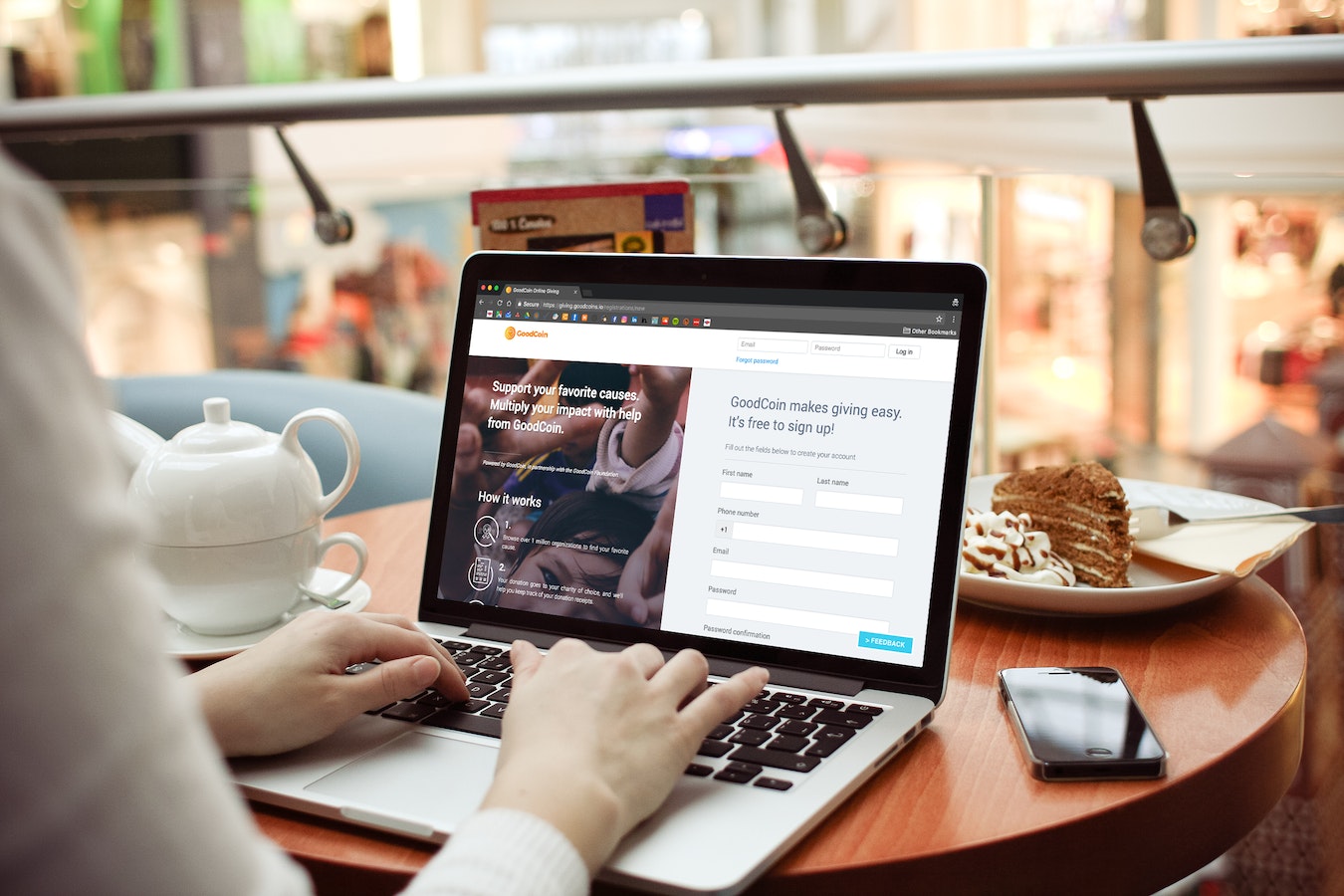 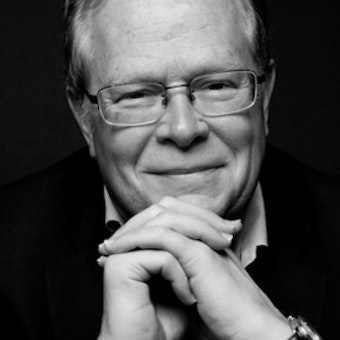 Earlier this year, in/PACT Co-Founder & CEO John McNeel gave an interview to Rich Conte, Editor-in-Chief of the Tech Life Podcast on Silicon Harbor Magazine. You can listen to the full podcast here. Excerpts below:

Tell us a little about in/PACT: what your mission is and who your users and customers are.

in/PACT is a cloud-based charitable donation platform which enables and empowers giving as a means for companies and brands to drive engagement with their customers around causes they care about.

Essentially we're an enterprise solution. We stand at the intersection between a brand or a company and a nonprofit, but our particular focus is on empowering people, customers, to be able to participate in the company's purpose by directing donations to the causes they care about the most. in/PACT is about two and a half years old now and we're officially post revenue as of this year with some great traction going into 2018. 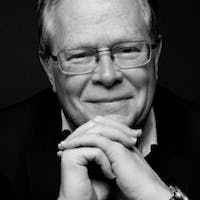 Tell us a little bit about your background and the journey that led you to build a venture around using charitable giving as a way of connecting consumers and businesses before founding in/PACT.

I spent more than 25 years working in the world of brand marketing. Over the last decade, there's been a movement towards Purpose as a means for brands to be more relevant and drive more meaningful engagement with their customers. Particularly today we live in the era of millennials and millennials who look for brands that share their values or where they are able to actively participate in a brand’s or a company's purpose.

So that was the experience I had when I met my co-founder about three years ago. He had built a technology platform that was designed to drive connectivity between businesses and nonprofits. It was essentially a way for those businesses to give back to the community. And it's the whole notion of connecting doing well and doing good. And that resonated with me personally.

In my previous career, I had an opportunity to work on brands like Pampers, which is broadly recognized as one of the world's first purpose driven brands, going back even to the 1990s. Pampers has had a program with UNICEF — one which over the years has made a major contribution to eliminating childhood illnesses in the developing world. And that program was spearheaded by a gentleman called Jim Stengel who was the Chief Marketing Officer of Procter & Gamble. Today Jim Stengel is broadly recognized as the leading evangelists for Purpose-driven brands. From our perspective, more importantly, he is the Chairman of the in/PACT Advisory Board. So I also had an opportunity as we founded in/PACT to reconnect with Jim and he's been a great supporter and champion for what we're doing.

What has the experience of bringing the platform to market been like and what have been some of the most significant milestones you've hit?

Like many startups, we've been on a journey — and that journey has been basically to find the fit between the original vision that we had and where that fits with a market need. As we explored the opportunities in the market, we found a specific area that we've been able to focus on which is more around customer engagement and recently, more specifically, in two verticals which are retail and financial services. And what we realized was that there's a need particularly for those organizations to be able to drive more meaningful engagement with their customers.

We're working currently with a big retail chain that allows people as they shop to be able to collect back a percentage of their purchase which they can direct to a charity of their choice. And incidentally that program, like most of our programs, also drives very local engagement, since our platform uses geolocation. So in the case of this retailer they are able to curate causes that are very community based in the different geographical areas where they're operating.

In financial services, there's been an even bigger opportunity that has opened up for us which essentially is around empowering people to manage all of their charitable giving in one place — in the safety and comfort of their familiar online banking platform. That has given us great traction heading out of 2017 into 2018. When most people think about charitable giving they focus on the causes and the organizations that benefit but don't always appreciate the business behind engaging donors and processing the donations. We’ve got a unique solution that represents a new benefit for banks and for their customers.

GoodCoin is the name of the Fintech platform that we've launched in October at Money 2020 in Las Vegas and this is the platform that allows people to manage all of their charitable giving through their online banking portal. We’ve also set up The GoodCoin Foundation as a 501(c)3 to be able to manage the disbursement of charitable funds to the myriad of nonprofits that are the beneficiaries of the programs that we're doing.

Can you give listeners a sense of just how big the charitable giving space has become and the challenges that are unique to the space.

The overall charitable giving market is on the order of about $400 billion annually in the U.S., and of that $400 billion that's going to good causes every year about 71 percent is coming from individuals, people like you and me. So that was one of our first epiphanies, this notion that the vast majority of charitable giving is actually not coming from institutions, companies or brands. You know despite the growth of corporate philanthropy, CSR programs, cause marketing et cetera there's still 270 billion dollars every year that's coming from people.

The other defining characteristic of the growth opportunity in that space is that oddly enough a lot of charitable giving is still very antiquated or old school, in terms of how people give. Ninety three percent of personal charitable giving is still in traditional methods, either over the phone, the check in the envelope, the change in the Salvation Army bucket — which incidentally raises about 150 million dollars for the Salvation Army every year. In 2017, Giving Tuesday brought over a quarter of a billion dollars to nonprofits on that single day and that is a phenomenon that's grown enormously over the last five years.

What's your perspective on the Giving Tuesday event and why it is growing every year and what the significance of it is overall?

It's a testament to the importance that millennials in particular attach to giving. But I think it's a broader movement than that; we actually talk about “aspirationals” which really cuts across demographic groups that want to be able to be making a difference. Obviously we’re also seeing that people are increasingly looking for ways to give back that are innovative and new, while still being simple and convenient.

One of the things that we believe in very deeply at in/PACT is that giving should not be an isolated event. So as much as we respect and admire the momentum behind Giving Tuesday and certainly it serves as a fantastic counterpoint to Black Friday and Cyber Monday where people are basically spending a lot of money on themselves or on their families to be able to give to others. But like much of charitable giving it remains isolated, fragmented — people give money here on one day of the year and then essentially forget about it.

We’ve developed something we call the difference between the Mother's Day model of giving and the motherhood model of giving. So if you look at what Mother's Day is all about it's about people feeling good because they've given the box of chocolates or the flowers to their mom where if you look at what the motherhood model is a mother’s love is a million little gestures throughout the year. So part of what we are trying to develop with our platform is to facilitaterecurring donations. The ability for people to participate even on a daily basis is part of their purchases for those programs that we've developed which are giving back, sort of social good loyalty program.

So for us it's very important to try to grow the pie not only open up new channels for giving but to ultimately direct more money towards nonprofits.

Do you see Charleston emerging as a philanthropic technology hub?

We definitely see that and you know our choice to base ourselves in Charleston was not only because it's a great destination and a wonderful city. Historically Charleston’s been known as the Holy City in large part because as the per capita concentration of churches, but we like to think of Charleston as The Capital of Purpose, if you look at how many giving tech companies have settled here. One that comes to mind obviously is Blackbaud which has its headquarters here in Charleston but others like ourselves have gravitated to this city and are setting a giving tech movement afoot here in Charleston. So we like being in a city that has a history, culture and which is built around a Purpose. The other dimension to that obviously is how companies like ourselves, as a early stage startup, now post revenue, are getting some good traction. And there is an emerging infrastructure to support startups in Charleston, which still has a ways to go but it's very encouraging to see that happening here close to home.

At the end of the day, it's really those companies that have got a breakthrough idea, that have got a model that works, and that can prove themselves, and then where there is a need in the market that they are able to satisfy. We feel that we've got all those things.