Can Better Banking Help Make the World a Better Place? 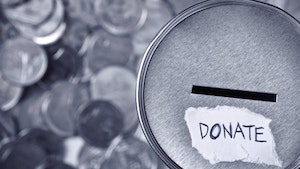 CUs have the opportunity to provide more relevancy by transforming digital banking with charitable giving.

Big banks often get a bad rap as capitalists simply out to make investors and their executives very wealthy. And, from time to time, that has proven to be undeniably true. On the other end of the spectrum within the financial services industry, credit unions, a non-for-profit version of a bank, are known to pour their hearts and souls into their members, and by extension the communities in which they operate.

The reality, of course, is more nuanced. Both banks and credit unions in fact do a lot today to better the world. Collectively, they pour billions of dollars into their communities and causes that align with their respective mission. Additionally, they provide loans to small businesses, which fuel local economies. And, their employees donate countless hours to causes they care about.

As a 25-year plus veteran of banking and payments, I’ve witnessed the financial services industry struggle to keep its core business models relevant to rapidly-evolving consumer expectations. The digital revolution has put banks and credit unions under pressure to innovate, to make their services more real time, more personalized and even more purpose-driven. Up and coming fintechs are giving the financial service behemoths a run for their money (pun intended).

I’ve been intrigued about the frenemy status of financial institutions and fintechs since the latter first emerged on the scene. At first, sitting in my banking seat, we were worried. Then, we realized “they” were single-solution providers that couldn’t begin to compete with the depth and breadth of what we (a big bank) had to offer and took great solace in that the vast majority of their founders knew nothing about banking and were just great at software technology. Then, the rest of consumer life started evolving into experiences that were way more convenient and intuitive. Mobile phones, tablets and laptops were proliferating, and apps and software were being developed to solve every possible need or make everything that much more convenient.

Meanwhile, both banks and credit unions, stuck on their respective complicated platforms of legacy systems, tied precariously together, and realized that they weren’t evolving fast enough to compete with the consumer experiences happening in every other aspect of life. And, that’s pretty ironic given that “banking” represents the thread of multiple touch points in everyday life. Finally, the door to collaborating with fintechs slowly started to open, and enemy status moved to frenemy and for many, now true friendly alliances.

So, what do these major transformations have to do with how FIs need to think about charitable giving? First, they need to consider the huge opportunity. Of the $400 billion given to charity in the U.S. last year, more than 70% of that was from individuals. Traditionally paid by check or cash, increasingly these donations are migrating to digital platforms outside of the traditional banking ecosystem.

Banks and credit unions now have the opportunity to provide more relevancy, by transforming digital banking with charitable giving, and in turn bringing banking full circle. That means FIs’ current philanthropic and community efforts are elevated by making giving accessible and easy for their customers and members – ultimately providing charities with access to new donors and more donations.

It’s long overdue. And, it represents a triple win for financial institutions, their customers or members, and philanthropy at large. It’s banking for the best of us.