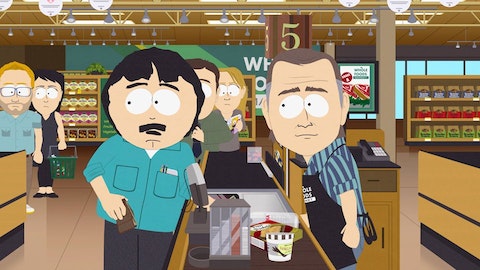 We’ve all become accustomed to that by now ubiquitous and generally annoying phenomenon of checkout charity -- being asked, just as we’re settling our bill, to make an additional contribution to charity. According to a recent Good Scout Group study, nearly three out of four Americans have given this way. And even more astounding is this: according to a separate study from the Cause Marketing Forum, over the last 29 years, these sorts of campaigns have raised more than $2.3 billion for charitable causes.

Clearly, checkout charity works. But what about the downsides? Although companies and brands have come to consider this a sure-fire, go-to method to show their commitment to a charity (by asking their customers to dig into their wallets), the negative side effects are often overlooked.

The truth of the matter is this: most instances of checkout charity rely for their effectiveness upon charity shaming (it's true: just ask South Park). And whether or not we realize it, we’ve all been exposed to those embarrassing moments of truth: to give, or not to give?

While shaming people into giving may work, in the short term -- according to almost every study, most people do actually reach into their pockets to give as requested -- in the long term, the method will not contribute positively to a brand’s relationship with its customers.

When people give to a cause through checkout charity, they are often giving to satisfy that guilty feeling, or perhaps to make themselves look better to judgemental cashiers or the people behind them in line. Case in point: the Tampa Bay Times ran an article about checkout charity back in September of 2013, where a local shopper was quoted saying the following:

“If there’s a bunch of people in line behind me and the cashier asks me to make a donation, it makes me feel so trapped and judged, especially if it’s for the troops… it’s a lot of pressure.”

However, to everyone who has heard the term “giving is better than receiving,” we know that it shouldn’t feel this way. Giving should, in fact, be a positive sensation. A sensation that makes us feel good, and leaves us with the longing to give more, and more often.

This is, essentially, the premise of Happy Money: The Science of Happier Spending, a book by Professor Elizabeth Dunn of the University of British Columbia and Professor Michael Norton of the Harvard Business School. Dunn and Norton make a simple claim: “if you think money can’t buy happiness, you’re not spending it right.” Happy Money goes on to prove that money can, in fact, buy happiness, if customers are following their five core principles of happier spending. One of those core principles, coincidentally, is “investing in others.”

So, if “investing in others” should be making us happier, why does checkout charity often make us angrier? One reason checkout charity induces those negative feelings is because many times, people are guilted into giving to a charity they have never even heard of, or perhaps don’t even agree with or care about. Customers give because they feel like they need to, but leave the store feeling frustrated, uncomfortable or even angry about giving their money to a cause they wouldn’t normally support. So, while they may give a charity $.50 in the checkout line, this consumer is not being converted into a lifelong supporter, or even an advocate, of that charity. They will likely never give to that charity again... and may even harbor resentment towards the brand that put the shopper into that uncomfortable situation (again, just ask South Park).

Instead of charity shaming, nonprofits and brands could be spending the same resources forging a positive, meaningful connection with their consumers, which will encourage them to give not only once, at the checkout counter, but again and again, without being prompted.

The most effective way to do this is through giving consumers the power of choice.

The most obvious example of this people-empowered giving model of checkout charity comes from Waitrose, a chain of British supermarkets. Arming each consumer with a green token at checkout, Waitrose gives their customers the option to choose which charity gets a small Waitrose donation. After purchasing their groceries, customers are presented with three boxes, each representing three different local charities. The customer is then empowered to make the decision on which charity will receive “their” donation, helping them feel involved in the giving process and ensuring that they’re giving to a cause they truly care about -- and not to a cause they’ve never even heard of.

Although a bit “old school” in its implementation, the Waitrose model has been proven to be effective in boosting both sales and brand sentiment: while Britain’s Big Four supermarket chains all suffered a decline in sales in 2016, Waitrose gained market share. In addition, within the three month span of December 2015 to February 2016, Waitrose received 146,212 willing customer votes, generating a giving amount of 25,000 euros to the three customer-chosen causes.

A final reason checkout charity is ineffective in the long-term is due to a phenomenon called donor fatigue: if a customer makes multiple trips to the same store or restaurant within the fundraising period, they could find themselves repeatedly asked for donations that they’ve already given. Not only does this manifest a feeling of annoyance in the customer, but it makes them feel used by both the brand and the cause: they’re asked to give to the same cause repeatedly, with no recognition or thanks for the donations they’ve already made.

At best, donor fatigue can lead to customers giving even more begrudgingly than before, refusing to give again or perhaps even opting for the self checkout counter in an attempt to avoid the interaction. At worst, it can cause customers to avoid your store entirely.

Combatting donor fatigue means keeping track of donor gifts, including where they gave, how much they gave, and how often. By offering consumers personalized notes of thanks -- or perhaps even promotional coupons to reward them for their giving behavior -- you can turn the negative feelings associated with charity shaming into positive reinforcement.

Building lasting positivity for the brand and the cause.

In short, checkout charity is effective -- but only in generating short-term, one-time donations. In order to convert customers from passive givers into active advocates, the brand and the charity could do well to abide by a few simple rules:

These extra steps may seem small, but the long-term effects are quite the opposite: you’ll be turning your customers into lifelong brand and cause advocates who choose to give because it feels good if they do, as opposed to one-time donors who are guilted into giving because it feels bad if they don’t.