Four Steps to Engaging a Company’s Constituencies With its Mission 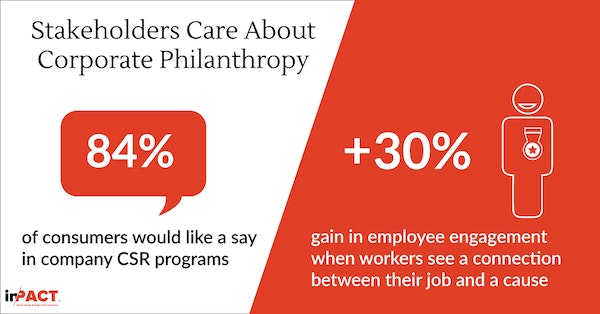 Henry Ford and Steve Jobs both famously asserted that they considered themselves better judges of what customers want and need than customers themselves — and many consultants might agree. Yet, increasingly companies (perhaps without the benefit of a visionary like Jobs or Ford) find themselves having to define their mission and then convince their vast array of stakeholders that it authentically embraces values and causes about which they care deeply.

It’s not an easy task, particularly as demographics such as millennials more and more make brand choices based on their social concerns. So why not engage them in the job of crafting at least part of the value statement your company embodies?

When it comes to a company’s corporate social responsibility (CSR) efforts, empowering customers, employees and the communities in which they operate might give them a leg up when it comes to convincing the public of their sincerity. A Duke University study — to name just one example of research that supports the need for “customer-empowered giving” — found that 84% of consumers want to exert control over the CSR programs of brands to which they are loyal.

The same is true for employees. Increases in productivity of up to 30% have been observed in companies where internal audiences are able to see a connection between their work and how that daily efforts benefits a good cause, according to a new study from the University of Southampton in the UK. Boosts were particularly significant for employees exhibiting low levels of productivity before the introduction of the corporate giving program, or in cases where the employees were able to make choices that shaped the nature or destination of the contributions.

One of the chief similarities in the research is the pivotal role played by collaboration and consultation with stakeholder groups rather than simply dictating to them. Giving them the power to choose made them more invested in the corporate philanthropy.

Beyond these two core constituencies, there also exists a myriad of other constituencies whose opinions and actions can prove make-or-break for your corporate reputation. Investors, media, NGOs, and the communities in which a business operates all have voices that matter, and these groups can be enlisted as well in helping a company show that it is listening to its stakeholders in defining its purpose.

A simple four-step process can help companies define, shape and drive their corporate-purpose program. This goes beyond simply “crowdsourcing” your CSR program; optimally the process involves marketing technology that allows companies to proactively integrate stakeholder values, concerns and desires based on actual marketplace giving behaviors. Translation: Don’t just ask constituencies what their priorities are; actually give them money to donate and let them make a choice.

Step #1: Carve out funds from your current CSR and/or marketing budgets to serve as the seed fund for a stakeholder-empowered giving program.

Step #2: Invite stakeholders via interactive cause-marketing platforms to direct contributions to the causes of their choice. This can extend to worthy causes on a local level as well as national or global charities. Our research shows that if these stakeholders are able to 1) repeat their giving on a regular basis, 2) see the impact of what they and others have given, and 3) share news about their giving with peers, it drives superior levels of engagement.

Step #3: After a pre-defined period (generally 12 to 18 months), the program will have generated sufficient data to allow a more in-depth analysis of how the stakeholder-empowered giving is translating into specific causes or cause areas. On the strength of that marketplace research, companies are able to identify which causes have resonated most powerfully with the different stakeholder groups and then shape a more narrowly defined field for the expression of the corporate purpose.

Step #4: Finally, companies need to engage with the causes and charities themselves. Companies that “win” at the purpose game are those that truly put their money where their mouth is and not only “broadcast” their purpose but adopt behaviors, programs, policies and outreach that make that purpose a reality. What better way to do that than to seek common ground with the causes stakeholders have identified as being the most meaningful to them?

A managed process such as the one described above is obviously not for every company, since many have already put a stake in the ground around what their purpose should be and through which causes it can be best expressed. But even those can benefit from more direct engagement with their stakeholders by inviting them to participate meaningfully in the corporate purpose by helping direct giving to a carefully defined set of non-profits.

In today’s fast-moving world, there is no shame in making corporate purpose an interactive and iterative process, which can reflect stakeholder priorities and respond in real time to changing priorities.

"As CSR continues to be a priority, we are seeing tremendous advancements by companies to make their efforts more approachable and accessible to diverse stakeholders,” reported Cone Communications at the end of last year.  In the end, sharing the power of corporate philanthropy creates stronger bonds with stakeholders and reflects better on the company itself.