Small acts of giving can change the world. 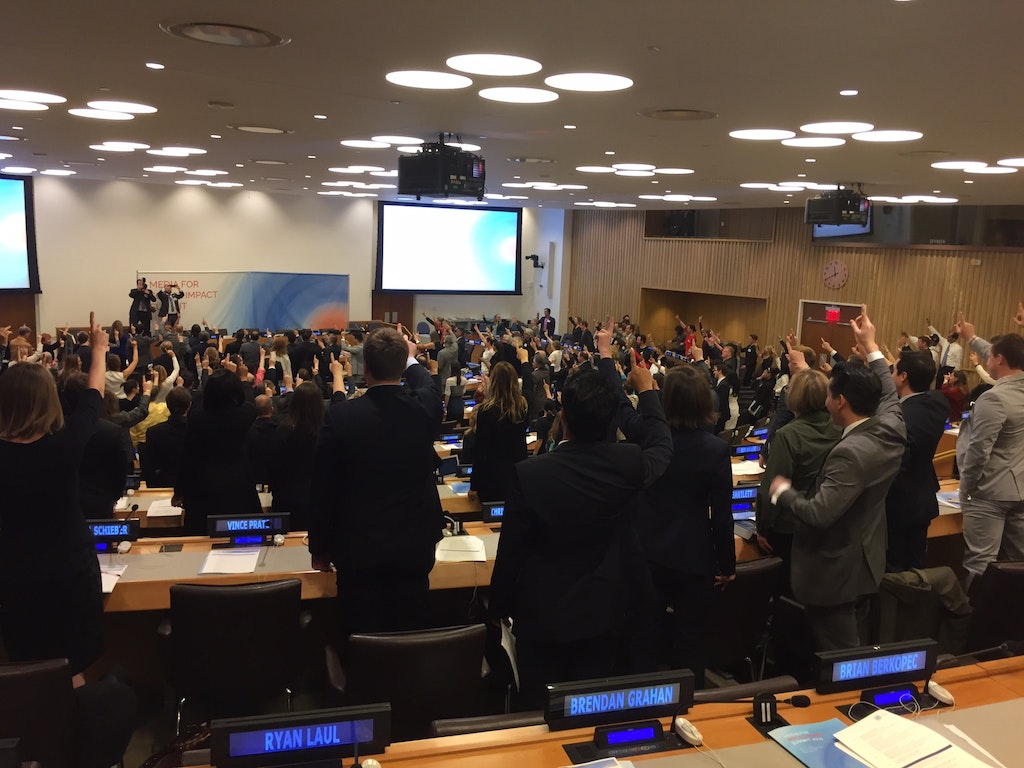 Much of our philanthropy seems to work according to what you could call the "Mother's Day model": we designate a date on the calendar and, in a display of concentrated generosity, we give to a cause or nonprofit that actually does matter to us, but which we are then able to conveniently tuck into the back of our minds for the rest of the year because, well, "I've already given."

The limitations of this model can be found in the power of motherhood itself.

Let's suppose for an instant that Mother's Day -- instead of being the day for us to show our love for her -- was the day designated for Moms everywhere to show their love for us. On that one day of the year, and that day only, they could smother us with hugs and kisses and give us small gifts, then go back to other stuff, because, well, "Mommy's already given."

By definition, motherhood is the aggregate of millions of acts of giving and acts of love. Day in, day out, from birth to death, mothers are mothers because of their unconditional displays of generosity, repeated time and time again. Each act, in isolation, might not add up to much. But each loving gesture, each word of comfort, each act of support, are what make her a mother.

It's time for philanthropy to move beyond the Mother's Day model and adopt the motherhood model. It's time to recognize the power of millions of small acts of generosity to change the world. And it's time to accept that the ripple effect is real and that, collectively, people can change the world if each one of us, every day, made a commitment to make a difference, no matter how small.

The Power of A Penny

Two weeks ago, at the United Nations, Sanjay Rawal, Director of Food Chains, spoke eloquently to the audience at the Media for Social Impact Summit about the dire state of farmworkers' lives in the United States. His documentary Food Chains tells the story of farmworkers in Florida who organized a strike at the headquarters of a major supermarket chain; but more importantly, the film is an indictment of the food industry which keeps prices low for us and profits high for them by keeping hard-working farmworkers in endemic poverty.

How do you deal with a problem as seemingly insurmountable as millions of poor farmworkers and their families suffering from the institutionalized inequity in which our global food system has enslaved them? Most people throw up their hands or shrug and say, it's terrible, but hopefully someone else will take care of that problem. Then, the next time they buy produce at the supermarket, the plight of the farmworkers who picked those vegetables gets conveniently tucked away in the back of their minds.

In the "Mother's Day" model of addressing this issue, concerned groups could organize a Farmworkers Giving Day, get rallies together, do a fund drive, raise awareness for a day or two or maybe three, to try to break through the noise and gather donations to help poor farmworkers. Those would all be worthy gestures, but sadly, wouldn't necessarily make a dent, or a sustainable difference, in those farmworkers' lives.

But then, at the summit, Sanjay delivered the kicker. "It would only cost consumers one penny more per pound of produce to double farmworkers salaries. One penny."He held up his finger.

One penny! There was almost an audible gasp in the auditorium at the UN. Then Rachel Cohen Gerrol from the Pvblic Foundation took the microphone and asked the crowd, "How many of you here would be willing to pay one penny more for each pound of produce that you buy?"

Taking Action, One Small Step at a Time

So on this Mother's Day, let's also have a thought for the impoverished workers who put food on our tables. And let's commit to do something about it... and let's try to do it, this time, using the "motherhood model."

Let's say, for example, we were to create the Penny per Pound movement, inspired by the workers from Immokalee Florida who had the courage to stand up against injustice. If, in supermarkets across the country, day in and day out, people took action to set aside one penny for every pound of produce they buy, then direct it to help the poor farmworkers to be able to put food on their own tables, it would show the power of collective action to change lives and change the world.

It would be a case of daily acts of giving instead of the One-Day-of-the-Year giving which allows us to buy a good conscience through a quick fix of generosity but which, in its aggregate effect, doesn't do as good a job fixing the problem as can millions of small acts of generosity every day.

Better yet, perhaps this movement could inspire brands and corporations in the food industry to step up to their responsibilities as well, by increasing wages or at the very least by allowing consumers to collect those pennies from them to direct to the farmworkers cause.

At in/PACT, we believe that consumer purchasing power can -- and should -- become the largest contributor to causes in the world. It can make a huge difference, starting with just a few cents for every product that we buy. When people claim back the ability to use their pennies and dollars to make a difference.... and when the brands they buy from and are loyal to, step up as well to give back to consumers what is rightfully theirs... then we will, collectively, see why all those small things our mothers do, every day, without really asking for thanks or recognition, really matter.

So on this day of celebrating motherhood, here's to Mothers around the world and to the power of small gestures of love and small acts of giving to change the world!