Welcome to a place where business, engagement and social good intersect... 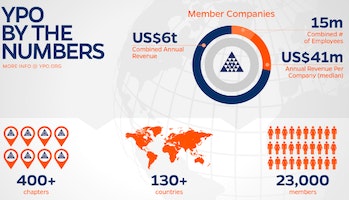 If you’ve ever been in a car chances are you’ve buckled up... but it’s likely you never had a thought for Ray Hickok. A young businessman who took over his family’s belt and jewelry business in the years after WWII, Hickok is the mostly unlauded contributor to the invention of the modern seat belt.

If, however, you’re a member of the global business association network YPO, you most likely have heard of Ray Hickok, because he founded YPO in 1950, with an inspired vision to create a peer network of businessmen, entrepreneurs and executives. Sixty five years later, YPO has vastly extended its global reach… and is still going from strength to strength.

“that untold benefits would accrue by getting together with other younger presidents."

Today, YPO claims more than 23,000 members in 130 countries. Member companies account for more than $6 trillion in revenues and have a total of 15 million employees. Designed to provide unique educational and networking experiences to support their members'  business, community and personal leadership goals, YPO certainly delivers on Hickok’s founding intent “that untold benefits would accrue by getting together with other younger presidents."

One of those members is the Founder of in/PACT, Amar Sharany, my partner, whose vision and work were showcased by YPO this month in a great article you can read below.

Amar’s original inspiration -- and that today is at the heart of in/PACT -- dates back to the 1980s, when, as a young man, he was tasked with helping a local community school in Florida raise much-needed funding. Instead of going around to ask donors to reach into their wallets and cut checks, Amar had an idea that was to change the face of grassroots fund-raising forever: he went to local businesses operating in the community and convinced them to give a percentage of their sales back to the school. Now, nearly three decades later, supermarkets across the nation provide this same benefit to shoppers every day, resulting in millions of dollars contributed to supporting local education.

This concept of “people-empowered giving” is embedded at the core of the technology platform and related products and services that in/PACT is bringing to the world today. Whether it’s for employees, customers, attendees at an event, or other corporate stakeholders, in/PACT’s purpose-driven technology drives meaningful engagement that helps companies close the gap between their corporate or brand values and the ability for stakeholders to actively participateby directing funded contributions to the charities and causes they most care about.

I’m proud to see our work showcased by an organization such as YPO… and proud to call Amar my partner. Hope you enjoy!

What if every time you sold a product or service a percentage of the sale went to a cause your customers believed in? What if instead of you as the CEO of your company – writing one big check at year’s end to a charity of your choice, your employees had the freedom to choose where the money went on a weekly basis? What if giving back increased your company’s bottom line and made your employees happy and supported philanthropy?

in/PACT – a technology company that’s bringing to market a revolutionary social good incentive platform created by Amar Sharany, a YPO member since 2002. in/PACT’s position is that companies are more profitable and achieve more sustainable growth when their customers and employees are able to identify and act upon a set of shared values.

The seeds of in/PACT were sown more than 20 years ago when a school in Orlando, Florida, asked Sharany to help with their fundraising. Sharany was disinclined to ask for money and instead, proposed they team up with local merchants who would give a percentage of every sale that came from someone associated with the initiative back to the school.

The success of the endeavor got Sharany thinking…

“A lot of people in ethnic communities have high phone bills,” says Sharany. “We decided to talk to telephone companies to see if we could do something similar and landed a deal with AT&T.”

A year and a half later, Sharany had 1,200 employees and was doing US$300 million in sales. With 3,000 community-based causes participating in the program reaching 400,000 households, he was giving back US$15+ million a year to the causes.

“In the early 1980s we were the only one doing this,” says Sharany. “We basically invented what everyone now knows as cause marketing; conscious consumers buying products and services because they want to help their local community.”

"The potential of in/PACT’s platforms to drive empowerment, loyalty and advocacy are limitless and if early signs are any indication, presages a future where purchase and purpose and growth and goodness are synonymous."

Read the rest of the YPO article here.... 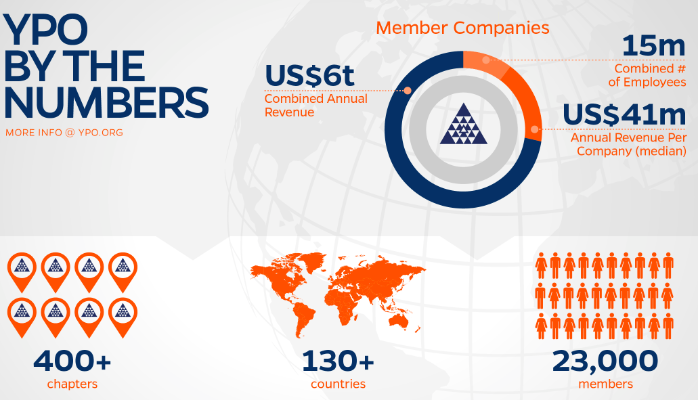 Today I'm thrilled to be working with Amar to bring "people-empowered giving" to companies around the world.  As the YPO articles concludes, "The potential of in/PACT’s platforms to drive empowerment, loyalty and advocacy are limitless and if early signs are any indication, presages a future where purchase and purpose and growth and goodness are synonymous."

“If we can use the psychology of giving to drive employee and customer loyalty,” says Amar Sharany, “then we can truly change the world.”